IMDb: 7.4 2019
CDC researcher Abby Arcane investigates what seems to be a deadly swamp-born virus in a small town in Louisiana but she soon discovers that the ...
DramaAction & AdventureAdventureMysterySci-Fi & Fantasy

IMDb: 6.4 2017
An MIT grad student and a tech superstar bring a low-level Pentagon official a staggering discovery that an asteroid is just six months away from ...
DramaHollywood EnglishSci-Fi & FantasyTV/WEB Series

IMDb: 8.2 2018
Nam Shin is a son from a family who runs a large company. After an unexpected accident, he falls into a coma. His mother Oh Ro-Ra is an authority ...
Sci-Fi & FantasyTV/WEB Series

IMDb: 8 2018
A story that follows the lives of four female friends in their 30’s as they become involved in a series of murders.
DramaTV/WEB Series

IMDb: 7.4 2018
The crew of a Royal Naval expedition searching for the Arctic’s treacherous Northwest Passage discovers instead a monstrous predator. The ...
DramaDual AudioHindi DubbedHollywood EnglishMysteryTV/WEB Series

IMDb: 6.8 2017
Story depicts love and success of a deliveryman who eventually becomes the CEO of a delivery app company.
DramaTV/WEB Series

IMDb: 8 2017
This drama tells the story of a woman who was dumped by her boyfriend and tries win to win back his heart by making him jealous. With her close ...
ComedyTV/WEB Series 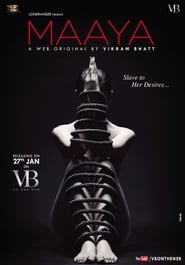 2017
When Sonia has a nervous breakdown and forgets the last 6 months of her life, her husband, Abhishek, is forced to dig into her life to find out ...

The Legend of the Blue Sea

The Legend of the Blue Sea

IMDb: 6.1 2016
How can a mermaid from the Joseon era survive in modern-day Seoul? Shim Chung is a mermaid who finds herself transplanted to modern times. She is ...
ComedyDramaTV/WEB Series

IMDb: 7.3 2010
Lost Girl focuses on the gorgeous and charismatic Bo, a supernatural being called a succubus who feeds on the energy of humans, sometimes with ...
DramaSci-Fi & FantasyTV/WEB Series

2020
An edge-of-the-seat thriller about family, love, deceit, and the secrets that wrench us apart. It grapples with the dilemma of ‘Will You ...